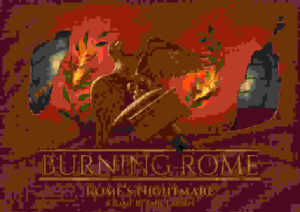 There are many games out there that simulate battles but not many of them focus on real historical conflicts. Out of those that they do the above, most of them are heavy, time consuming and not easy to set on the table. Burning Rome comes to break all these strings and delivers a fast paced, tactical, card game here ancient factions are met on the battlefield for glory and fame. Burning Rome offers quick, head to head battles, while it checks all the right boxes, like the one for infinite replayability due to the custom-deck building with the four factions of Rome, Carthage, Gaetuli and Celtiberia, or the possibility for recreation of ancient battles between those enemies.

Burning Rome features 54 cards for each of the four ancient armies. Players can built their side’s deck using a simple yet effective point system or they can use a quick predetermined deck as it is suggested in the rulebook. Don’t worry if you want to build your own deck on the spot, the game uses surprisingly small decks for each battle (most of the times around 10 to 13 cards each). Players must always remember to include a single general card in their deck, several army units and if they wish some tactic cards that if used at the right time can potentially tip the balance on the battlefield. The total amount of points a player can spend during preparation is 45, these can be spend either on the army strength track, the Command Point track or the total cost of the cards in the army deck. Lastly players must include at least 8 cards in their deck and in that deck besides the general mentioned earlier, at least one regular faction unit must be included. All 45 points must be spent. That simple, isn’t it?

The anatomy of the card is simple yet informative. Every unit has an attack and defense value for use on the battlefield This is always on the top row, beneath it in the second row, one can see the skirmish and siege value respectively. Another important value on a card is the command point cost that players must spend to deploy that unit. Each unit has a specific role and it is up to the players to decide where to play it and when  in order to benefit most from its attributes and/or special abilities.

Speaking of special abilities keep in mind that different units benefit over specific other type of units, the so called bonuses over other units. Those are not only thematic and historically correct but once master can make all the difference needed to claim the victory on the battlefield. Burning Rome favors a balance army overall, but strategic players will always succeed to take advantage of the opponent’s weak spots, no doubt there for sure. Just keep in mind generally each unit has its purpose, never forget that. This is where the game shines, since the different factions play completely differently from one another. It is amazing how well the designer has managed to capture this and deserves credit on my book.

I have been so excited to talk to you about the polished corners of this little card game that I forgot to mention the goal of the game, which is to drain  your opponent from either their Army Strength or their Command Points reserve that is depicted across the battlefield on the enemy army sheet.   Remember? We already mentioned Command Points which are used for paying for the deployment of new units from one’s hand, think of them like your bank reserve. Army Strength on the other hand are like your hit points before dropping the white flag of surrender, have them wasted and you lose the battle.

We spoke about the battlefield, one thing you should know is that it is always set between the opposing sides, and the round track splits it in half for each side. Additionally the whole battlefield is made up of three different sections we have the left, we have the middle and we have the right flank. A player’s turn is extremely simple, one can either draw one card from their deck or add 2 command points.  Pretty simple, yet altering one for another on the right time is kind like boxing, weighing your opponent and hitting the punch, again and again like a well executed dance. After a player has chosen one of the above two options then they can proceed to playing cards from their hand to either the battlefield or to their respective discard pile for tactic cards.  Keep in mind that the active player can play as many cards as he wishes from their hand, as long as they have command points to pay for them. Once done then they will commence their attack against the other side. Let me open a parenthesis here and explain further how cards are played before resolving the attack.

A unit card can be played either on the left, the center of the right flank. Additional cards are player partially overlapping the previously positioned card, leaving only the  top row (an attack and defense value) of the previous card visible. Similarly any text (possible ongoing ability) is replaced with the new one, from the card just played. Each column can hold up to 3 stacked unit cards, plus a general, which is the only card that can be placed as a fourth on a column and it always float on top ( meaning if a general is played as a second card if later one plays a unit card, it will not overlap the general, the general will shift lower on top). Once the active player declares that he has finished playing cards then his army attacks. Resolution starts from left column, them we move to the center column, leaving the right column for last. The active player adds their total attack value per column and compares it to total defense value from the opposite side of your opponent. Any surplus attack value – defense value is translated to damage on the Army Strength of the opponent.  One detail is that one cannot attack with a column that was established this turn with a unit. This allows for room to respond at the beginning of the game and creates balance. Another interesting thing to remember is that while attacking or defending your units are never destroyed, meaning that damage is inflicted on the opponent’s Army Strength and units hold their line for the entire battle. There are only a few cards that allow for unit movement or removal from the battle.

Going back to the cards abilities, there are several types of those and generally can be group in the following:

Burning Rome manages to pack a satisfying experience in a really short time. On the other hand it doesn’t cut down on the important tactical decisions and the strategic play. Everything matters in this game and it is all about quick choices in a nutshell, choices that little by little make the difference. Replayability skyrockets out of the window with the custom mini deck building, with the huge pile of cards, with the four unique to the feel factions, with the ancient battles and the scenarios. Do you want me to go on? I think it is clear this little card game is a value for money, easy to teach and play session after session with anyone. The tension in this game reminds me of the famous tug of war but here is is done simultaneously with not one but three ropes…

TOP 30 Must Have Boardgames – Essen Spiel 2022 by Epitrapaizoume 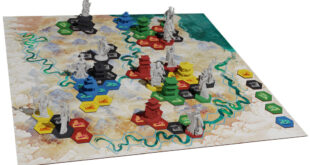 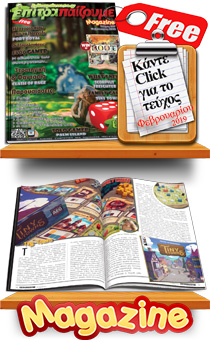 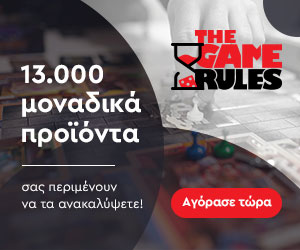 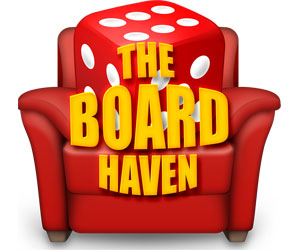 Pest just launched on Kickstarter and I can think

Isn't it wonderful when games have multiuse roles?

On the hill of Al-Sabika in Granada, the Nasrid dy

Sniper Elite: The Board Game is a hidden movement

Our once great Empire was struck by a devastating 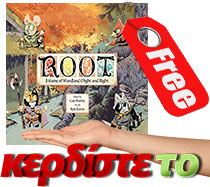